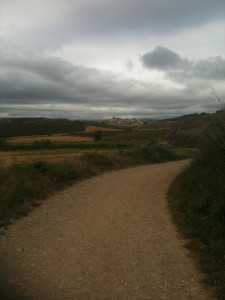 The Long and Winding Road—When a Music Trigger Fires

While you can sometimes consciously choose your music triggers, most of the time the correlation between the music and the connected event are purely coincidental. This is especially true for negative triggers.

As my family got into the rental van to leave on a four hour drive to our vacation destination, I felt confident that we had everything packed.

We have a rule in our family – the driver is in charge of choosing the music for the duration of the driving time. Prior to the trip, I didn’t give this much thought as I am typically in control of the car. The music for this long drive, however, was under the control of my husband who was excited to be at the helm. He had grown up taking many long family road trips and like myself was looking forward to the whole experience.

With the music on, we all happily pulled out of the driveway. We were only eight minutes outside of city limits when I was shocked into reality. We were listening to the fourth track on the same album we had started with when we left the driveway. Could this be happening? Was it possible we were going to listen to the entire extended edition of Supertramp’s Crime of the Century album. Worse, was I not to be consulted?

After about the fifth song, I felt my pulse begin to rise and a mild agitation start in the pit of my stomach. Initially, I told myself that I was being foolish. I like a couple of Supertramp songs. But when that fifth track started, I knew I had passed the threshold. My trigger had fired and I was totally ticked off.  This is a perfect example of a negatively inspired music trigger.

I tried concentrating on browsing my smart phone and contemplated updating my facebook status regarding my growing music misery. I knew some of my friends would say I was crazy! Knowing the rules, I sunk down in the seat. I knew I had no voice—the driver was in control. James had what I am sure was a slight smirk on his face but not once took his eyes off the road. How could he let it bother me and not change the music? After five Supertramp songs James stopped moving his head and tapping on the steering wheel. Turning towards me he casually asked, “Hey would you like to listen to something else?”
I started to laugh. “Is it that obvious?” At that point I realized that my hands were clenched tight and I had been leaning towards the door, obviously desperately trying to escape .

If you knew James, you would not be surprised to learn that we spent the next two hours debating the “right” driving music. His point of view was that to truly appreciate great music you must listen to the album from beginning to the end. Furthermore, the best way listen to correctly to the music was on a long drive, such as this rare occasion. For me, long drives should be accompanied by a mixed playlist that would appeal to the masses and encourage group sing-a-longs.

James and I are only twenty-four hours apart in age, married for almost twenty years, grew up in similar family settings with similar experiences and knew the same music. Our music taste for car trips could not be more different. I felt a huge surge of negative emotion regarding James’ music choices.  I convinced myself in the span of twenty minutes or so that my once wonderful husband was self-centred and thoughtless.

If a person is having a negative response to the music being played, they will often transfer those feelings to the relationships around them. I mirrored that in my response to James in the car.

Fortunately, James realized my strong emotional response was misplaced and I, in turn, was missing out on an important music experience, and we were able to process the issues involved and we resolved our differences on appropriate driving music.

The emotional response to a selection of music, how music is administered, and the frequency of music has an affect on each of us. It is therefore important to be aware of our personal triggers to music and to remember that other people are just as easily triggered. This includes sounds, the volume that music is played at, and even silence.

If you found this interesting please share.  It is an excerpt from the book TUNE IN by Jennifer Buchanan

Jennifer Buchanan, BMT, MTA is the happy owner of JB Music Therapy and Author of TUNE IN: Use Music Intentionally to Curb Stress, Boost Morale and Restore Health. Our “Music Speaks” Blog aims to inspire you to use music with greater intention and knowledge and to hire us as required or purchase our products.