Science is catching up with what music therapists have been witnessing for many decades — the fact that music can change the way a person feels, thinks, and behaves. Thanks to medical technologies, the public has awakened to the power and potential of using music in almost every health and educational context — and why it’s important that we do.

For thousands of years, people have sung, performed, and enjoyed music. Researchers have consistently observed that people from all corners of the world listen to or create some type of music, and that all people recognize music when they hear it. While music from various cultures differs in flavor and has myriad different meanings and emotions associated with it, every single culture makes music.

Neurologists have long known that there were areas of the brain specifically dedicated to processing music, and with the advent of advanced brain imaging technology, they’ve discovered that music’s reach is far more extensive than previously believed. When we listen to music, sound vibrations in the ear are converted to neural messages and transmitted to the thalamus, the brain’s “sensory relay station.” After reaching the thalamus, sound information is passed to the auditory cortex and instantaneously broken down into many different elements including, but not limited to, timing, pitch, and timbre (tone). Auditory information is also sent to other parts of the brain to be compared against historical associations and emotional responses (do I like it or not?), stimulating many parts of the brain in both hemispheres.

Although neurologists are still exploring how the auditory cortex functions, they now believe that music processing is much more complex than initially imagined, and involves many more parts of the brain than previously suspected. 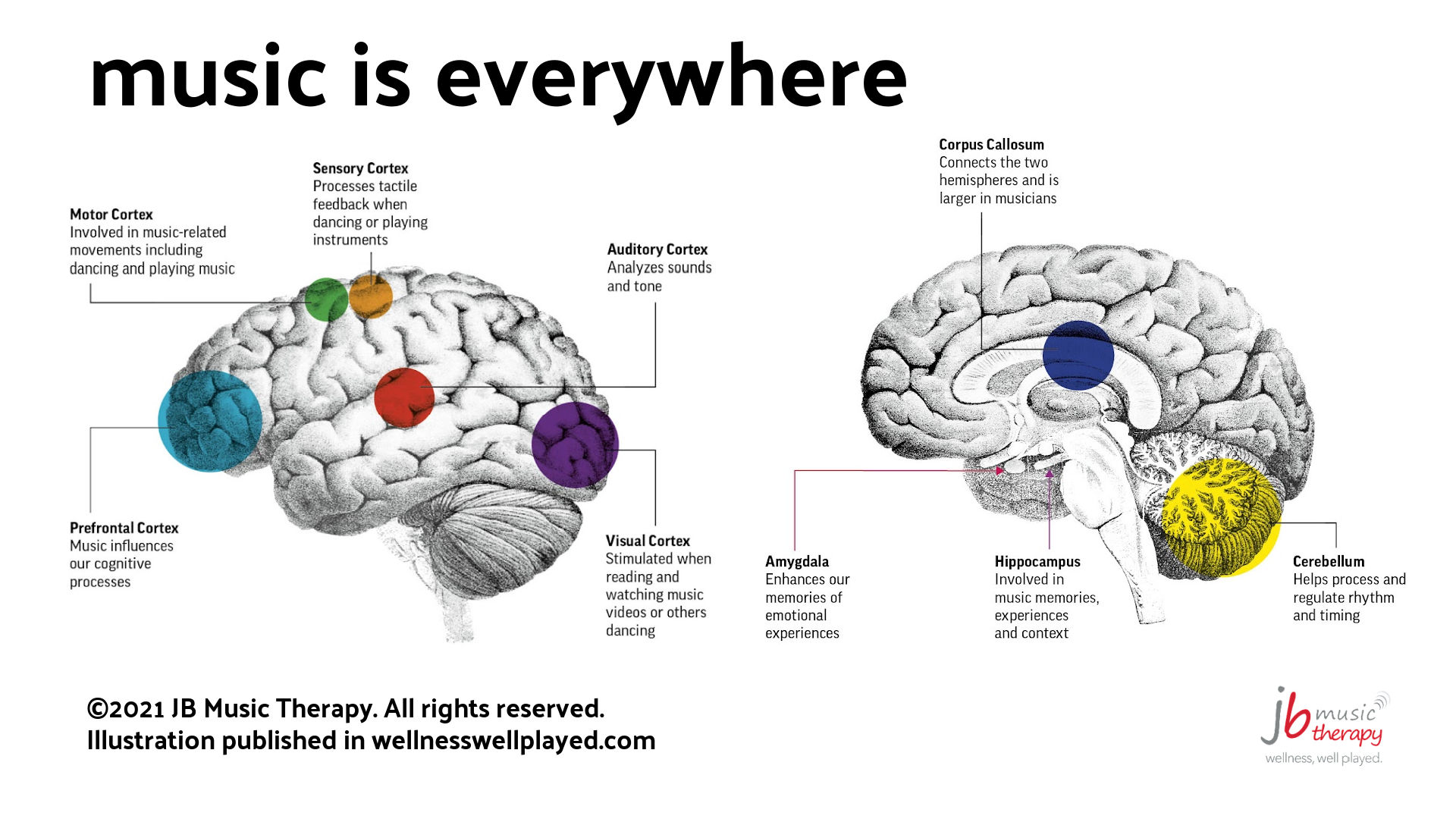 Bonus – here is all the corresponding research from the book Wellness, Wellplayed (the home of this illustration)