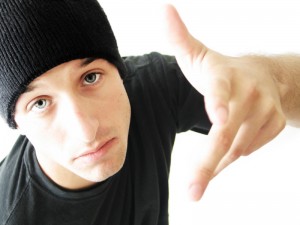 Hip-hop is a significant and unique art-form.  It has roots in slavery and oppression and has itself lived the American Dream. Some of its best practitioners are some of the world’s most unique, global and impressionable artists. It can be a sincere form of music. It can be poetry. It can be primal. It can manifest as dance, art, language and music all at the same time and in ways that will thrill your eyes and ears. It can be all of those things.

So I ask you: why do you not like rap music?

First of all hip-hop is the name given to the entire culture. Hip-hop can also refer to the music that backs rapping. Rap is the delivery of the lyrics. Rap music is music that has an MC or a group of MCs rapping over a hip-hop beat. Rap music is the only hip-hop you would be likely to hear on a major radio station. Much of the most popular hip-hop songs today do not necessarily reflect the description above. It is seldom sincere, poetry or any connection to its deep roots in the rap music on radio or TV.

Hip-hop just like punk, rock n’ roll and even jazz before it. It has a bad reputation with parents. Specifically rap music has a reputation of being filled with lyrics which can be aggressive and even violent, materialistic, racist or misogynistic.

So you ask me: remind me why you like rap music and hip-hop so much? So I say:  re-read the opening.

As a parent of a child whether they are a girl or boy or they are 5 or 10 or 17 years old you may not like rap music. You may or may not have liked rap music before you were a parent.  My favourite type of music is hip-hop. Now I find myself the father of a boy who at age 1 seems to dance his hardest when he hears hip-hop. I worked at a record store years ago and I had many parents come up to me and ask if I thought they should buy their kid a particular cd and hand me an album with the “parental warning: explicit lyrics” sticker on it. I would open the CD so they could hear the music and look at the lyrics in the liner notes. As a parent you cannot always decide what music your child will hear but as the parent and financier of your child you can decide for them what music they buy. You may approve or disapprove a purchase for them until the time comes that you trust them to decide on their own.

Eminem was the best selling artist in North America for an entire decade (the 2000’s) counting all genres of music. His lyrics are foul, aggressive and offensive in my opinion. I believe his appeal is his talent as a lyricist and as a rapper. His lyrics are biographical and he is very open about his fears, depression, addiction and anger in his songs. I believe this is another big reason for his popularity especially with teens. They may be able to relate to these feelings and very few other artists express it so honestly.

To help parents navigate the sea of hip-hop I have a few recommendations for hip-hop that is parent and child friendly. There still may be some language or content which does not thrill parents so I would recommend some time is spent on looking into the lyrics first.

K-OS – He is Canadian and raps about his life, peer pressure and social issues.

The Roots – A Philadelphia rap collective. This is now the house band for Jimmy Fallon on the Tonight Show.

Macklemore – He just won best rap album and best new artist at the 2014 Grammys. He is very clean and raps about social issues.

Will.I.Am – He is the founding member of the black eyed peas and has become a successful international star. As his notoriety and profile have risen he has become very parent friendly (his song “what I am” was on sesame street, a great song for the youngest of rap fans)